Okay, I guess the best way to do this is use my usual number format. Lol! I will try to recap and update as much as I can remember from the past couple of weeks.

1) I can't remember all the different days and what happened on each day, but I do remember certain things that happened while Daddy was still in San Leandro. One of the major events was not being able to wake Daddy up one evening. My mom and I drove to San Leandro that night to visit as usual. When we arrived my Uncle Carl (mom's brother) visiting from Milwaukee, Wisconsin and Cousin Anita (mom's cousin) were there. My mom was anxious for Daddy to speak to us that night. But he was sleeping. Not that this was unusual, but he had been sleeping quite a bit more after Father's Day. This particular night, it was a very deeeeeep, somewhat disturbing sleep. He would not wake up. His vitals were okay, but the nurse was unable to wake him up. So much so, that she became very nervous--she even said so. She tapped him, shook him and think even popped him on his arm and in his face a few times. No response, just snoring very hard. I could tell my mom was very upset and worried. I just asked, point blank, if he was breathing. He was, but would not wake up. The next thing I knew, a slew of nurses, and the doctor on staff came rushing down the hall to his room. All I could do was stand in the hallway listening to them all yelling while frantically popping him, "Mr. James, Mr. James, Mr. Armstead wake up!" over and over again. My thoughts were everywhere. "God, you continue to speak these wonderful plans you have for Daddy and our family, but what is all this commotion each time? Lord, I believe you, but good heavens, now what--what next?" I thought. Finally, after poking him to check his insulin, he woke up.

After speaking with a few people the next day explaining what had transpired the night before, I was told it could be "sun-downers." I had never heard of that before, but Daddy did sleep deeply most of the day and the nurses said he would be up all night talking and even singing. Hump? Who knows. Now, with what we know today, I believe that was possibly the first indication that something was going amiss. The infection.

I believe it was only a day or two later (which was a Saturday the 26th) he was transferred to San Francisco to the rehab facility.

2) Once he arrived there, I visited him the next day which was Sunday the 27th. My mom and Marna were going to church and since he was in a new facility, my mom wanted me to visit him early instead of waiting for them later that evening so we could all go together. Now remember, he was transferred to a downtown San Francisco facility. So, I headed out there mid-afternoon only to find a lot of traffic once I exited the freeway. On a Sunday afternoon, what could possibly cause all this traffic? :-/

Now, to those that know me, already know I am just as naive as they come..at least, next to my mom of course. Hahahaha! My Aunt Elaine (daddy's sister), after hearing many of the incidents in life that happen to my mom and I, always makes the comment that she loves us and that is why she has decided to keep us both. Lol! So you can imagine, how long it took me to finally realize I was stuck smack dab in the middle of the Pride Parade. All the streets were blocked off, there were droves of people, etc. It took me over an hour to make it to rehab facility.

Once there, Daddy told me he that they put water on him. I laughed and said, "Oh they gave you a bath, huh?" He replied with a smile, "Yep." I know he was excited because he sounded as if he was. He had not seen water in over a month! Poor Daddy, he is so hygiene conscious that I know this whole not taking a real bath thing, could possibly have been just as irritating as everything else he was going through. So putting water on his body was monumental in his eyes!

I read the bible because he wanted to hear the book of Joshua. So I read the first five chapters. He mentioned something about "the land" and "Moses" which do pertain to the story of Joshua. It amazes me how he can remember almost everything from the bible and spiritual things, but sometimes he may or may not remember his name, who we are, and so forth.

I didn't stay long because I didn't want to have any problems getting home with the parade festivities beginning. I think I was there with him about an hour and finally told him I was going home because he began to fall asleep. Daddy was only at this particular facility until that Friday (early morning).

I think it is Marna's turn to visit Daddy with my mom tonight and my turn to watch Nuk. So it's possible that I will be able to blog part two this evening. Granted, Miss Nuk doesn't beg me to watch a movie with her. A person can only take watching Shrek and Donkey like a limited amount of times before screaming for mercy! LOL! Somebody, HELP ME PLEASE!!!

But I must share how Daddy was removed from that facility and rushed to the ER up the street that Friday morning. God watches over us! That I will say. 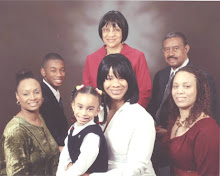 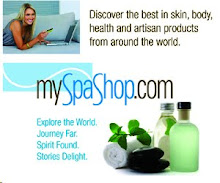